Dr. Pipito was raised in the Muncie community. Graduating from nearby Delta High School, Dr. Pipito went on to earn his BS in Chemistry from Ball State University in 2007. After spending a year working to earn his MS in Chemistry at Ball State, he then matriculated at the Indiana University School of Medicine in 2008, earning his MD in 2012. He completed his transitional year residency here at IU Health Ball Memorial Hospital, then went on to train in anesthesiology at the University of Connecticut School of Medicine. After finishing his residency in June of 2016, he moved back to Muncie to practice anesthesiology at IU Health Ball Memorial Hospital, obtaining board certification in June of 2017.

Currently, Dr. Pipito is the IU Health Ball Memorial Transitional Year Program Director. In addition to his transitional year residency duties, he also serves as the Vice-Chair of the Anesthesia Department and is an Associate Clinical Professor of Anesthesiology at Indiana University School of Medicine.

Dr. Pipito is married with three children – two boys and a girl. He has been heavily involved in the athletic community of the Delta school system, serving on numerous wrestling club and little league boards, and coaching his kids’ sports teams. His hobbies and interests include running, golf, piano, and traveling with his wife to watch his kids’ athletic events. 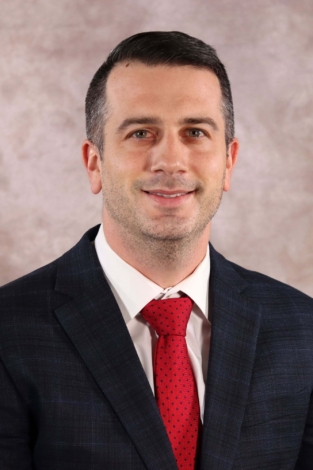