A Look at a Leader: Ryan Kitchell

If you look carefully, you’ll glance a glimmer of excitement in Ryan Kitchell’s eyes when he talks about coaching. In corporate life, it’s an attribute that has served the chief administrative officer of IU Health well. One of the most gratifying parts of his job: “I really enjoy helping individuals succeed,” he says.

Kitchell is known for being a thoughtful team builder and coach--on and off the clock. Armed with a whistle and a ball cap, he can often be found on a field, overseeing one of his children’s sports teams. “I love it. I am coaching my 22nd team this year,” admits the father of four.

Driven to succeed at an early age, the Kokomo native always knew he wanted to carve out a career in finance. Like many Hoosiers after high school, Kitchell enrolled at Indiana University and began to call Bloomington home. “But then I got to the point where I wanted to see what it was all about. At 20, I took an internship on Wall Street. It was eye-opening.”

One thing Kitchell learned: Manhattan wasn’t for him. After his IU graduation, he headed to Chicago. “I was working for Prudential but then headed to Dartmouth for an MBA.” Living on the East Coast was a change. “While it was great to live in a different part of the country for a time,” he says. “Indiana was always home.”

And so the Hoosier headed back, moving from one opportunity to another. Kitchell accepted a corporate treasury role with Eli Lilly before spending several years working with Indiana Governor Mitch Daniels, first as a public finance director and then as director of the Office of Management and Budget.

IU Health came into the picture in 2010. Kitchell joined as treasurer. He then moved to president of IU Health Plans before moving up to chief financial officer—a position he kept for four years.

Today, as IU Health’s executive vice president and chief administrative officer, Kitchell oversees such areas as human resources, government affairs, information services and marketing among others. “This week is actually my seven year anniversary at IU Health,” he says proudly.

Kitchell says he found a calling in healthcare, thanks to a college experience that left him shaken. His best friend and college roommate Bill Keedy was unexpectedly diagnosed with a cancerous brain tumor during their senior year.

“I think of Bill every time I enter Methodist Hospital,” Kitchell says. “I met Bill the first day of my freshman year at IU. Two months before his diagnosis, Bill looked like the healthiest guy in our house. Then, one day, things changed.” 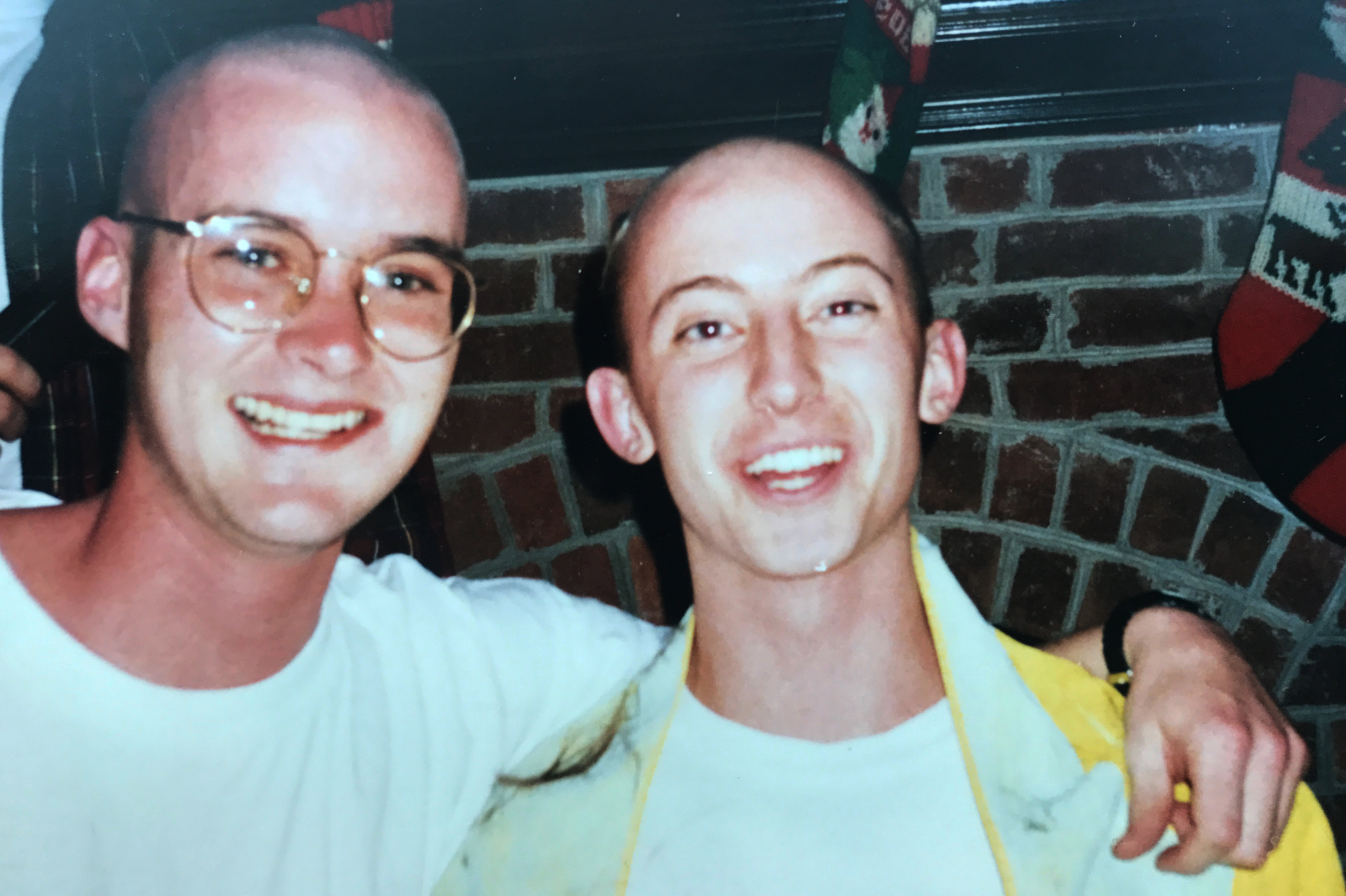 Bill was diagnosed with his tumor right before Thanksgiving, Kitchell recalls. “When Bill was becoming bald and going through chemo, all of us cut off our hair. We all loved him.” Sadly, Bill died before spring break that same year.

“When you’re that age you feel invincible—so it made a huge impact. Methodist Hospital was the first hospital I ever went to. I’d spend the night there visiting Bill sometimes,” Kitchell recalls. “Had that not happened I don’t know where I’d be today. It really affected me and made me feel closely connected to IU Health.”

Circumstances can shape a person and their success. In Kitchell’s case he says, “I was fortunate to have had some amazing people give me some great opportunities at a young age. I rarely said no to taking on something new. I always tried to do my best.” Later, when he became a leader, Kitchell strived to pay it forward. “I continually strive to support my teams the best that I can.”

Outside of office life, Kitchell says he enjoys spending time with his wife Molly and their four children, squeezing in some swimming, running and a good game of tennis along the way. He also appreciates a smartly prepared peanut butter sandwich, his preferred work lunch for the last 10 years.