People were dying. Simple fact. Their families disowned them. They were kicked out of their homes. In the hospital, they were identified with pink isolation placards on their doors and pink tape on their charts.

They were the ones infected with human immunodeficiency virus (HIV). 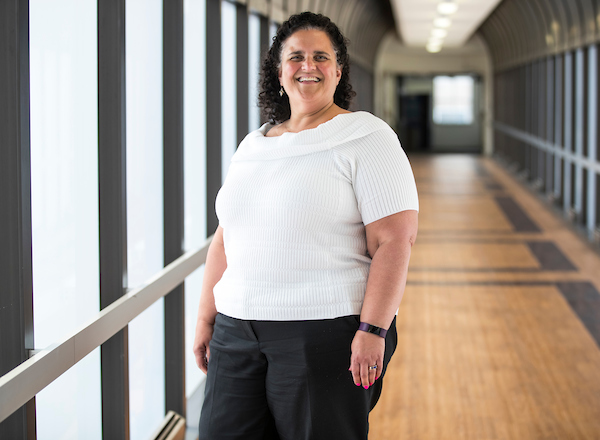 That’s how Betina Youssef-Hatch remembers starting her job as a social worker with the LifeCare Program of IU Health Methodist Hospital 25 years ago. Through the years, she has sat at the bedside of many dying patients and has seen the despair of a disease that infects about 50,000 Americans a year. She’s also seen the impact on the families of loved ones. As many as 25 percent of those infected don’t even know it.

Youssef-Hatch joined the LifeCare team in 1992 – right after the Ryan White CARE Act was introduced to improve available care for low-income, uninsured and under-insured AIDS victims.

“Most of my work was helping patients get the services and care they needed. There was a lot of focus on end-of-life issues and how to disclose to family and loved ones the client’s diagnosis,” said Youssef-Hatch.

She recalls her worst days when she frequently received calls about intensive care patients sedated and unable to communicate. Responding to one such call, she found a young man’s family sitting in a waiting room wanting answers. The patient’s confidentiality was always her priority. And yet, the man was dying and the care team providers were uncertain what the family members knew about his diagnosis.

“It was a very emotional, carefully orchestrated process where I met his parents without being able to disclose what I was representing as the social worker. I met his partner – all trying to glean what they knew about the patient’s health, and keeping in mind, at that point the partner could also be at risk.”

“Patients said they needed a place to get care for HIV where they could be treated with respect and would not feel stigmatized,” said Youssef-Hatch. 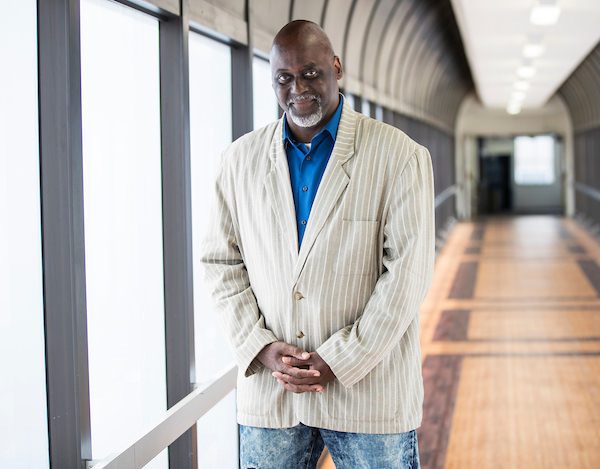 Andre Kimball was one of those clients. He came to LifeCare as a 29-year-old looking for help but not sure he could follow the path to a healthy lifestyle.

“When I finally told my parents that I had HIV and I was gay they were accepting. I didn’t want them to find out after I was sick or when I was dying,” said Kimball, who turns 54 later this month. “Back then, when you were diagnosed with HIV, it was death sentence. I had a life expectancy of about five years. I was a drug addict, living a reckless life and out of control.”

At his worst, he was ditching LifeCare appointments and wasn’t taking his meds.

“My nurse practitioner at the time said something to me that changed all that,” said Kimball. “She said, ‘you know, Andre you have to realize you are going to have this disease the rest of your life so either you can take your medicine or not. If you choose not to take meds you will be dead soon and if you don’t want in this program don’t waste our time. There’s a waiting list of people who want your spot.’”

Kimball remembers a similar tough-as-nails approach on his first encounter with Youssef-Hatch. She looked him straight in his brown eyes and said: “You’re charming, you’re a nice guy, but I won’t put up with any of your crap.”

It was part of the process - part of the discipline to help change the path to healing for HIV-infected clients said Youssef-Hatch.

Over the years, the LifeCare outpatient program has expanded with a focus on testing and preventing the disease. Clients come from all walks of life – both male and female, gay, straight, and from all ethnicities, said Youssef-Hatch. Today the program serves about 1300 clients spanning the ages of 18 to 80, making it the largest HIV medical provider in the state.

And while preventative treatments, and antiviral medications have minimized the risks of HIV, the stigma still remains said Youssef-Hatch. “Every day I hear about people who say they can’t keep their meds out where someone might see them or they can’t use their parents’ insurance. It’s like it’s still a bad thing.”

Kimball draws from personal experience to speak on college campuses and at community centers about making healthy lifestyle choices.

“It always surprises me when I talk to people who are newly diagnosed that there is a whole generation out there that didn’t live through the beginnings. They continue to be involved in risky behaviors and treat it like it is no big deal. They just don’t see it as a threat,” said Kimball.

Youssef-Hatch wears a button to work every day. The message: Get Undetectable.

“Everything we do at LifeCare is aimed at keeping people’s HIV as undetectable as possible. If that means getting stable housing, having a secure job and insurance, then that’s the goal,” said Youssef-Hatch. “Different people have different needs, but our goal is to keep them on their meds and to live with HIV.

Frequently that extends beyond the patient, offering preventative and proactive counseling and education to partners, spouses, and other family members.

“We still have patients die. Some have fought long hard battles, but never had the opportunities that the newer more-effective HIV drugs provide. And then there are those who became resistant to the medicine and couldn’t combat the disease anymore,” said Youssef-Hatch. “All the deaths are hard but I try to focus on how far we’ve come.”

To celebrate her 25th anniversary, Youssef-Hatch chose 25 clients who have been with her since the beginning. Each person received a hand-written note. They were similar but different.

The main message: “Thank you. You’ve been by my side this whole time. We’ve taken this journey together.”

--By T.J. Banes, Associate Senior Journalist at IU Health.
Reach Banes via email at T.J. Banes or on Twitter @tjbanes.

Lesbian, gay, bisexual and transgender (LGBT) patients are at a higher risk for certain health conditions. Knowing your risks and communicating concerns with your provider can help you receive the best care and meet your health goals.

Positive Link offers primary care for people living with HIV and access to pre-exposure prophylaxis (PrEP) for those most at risk of acquiring HIV.

A disease that attacks the cells of your immune system, substantially decreasing your ability of fight infection.