30 Years Ago: He Helped Make Colonoscopy A Household Word

The letters went out in the mail. Thousands of them. They went out in a flurry, addressed to Indiana doctors, dentists and surgeons -- and to their spouses.

Inside each of those envelopes, written on those letters was an unusual, almost unheard of request from IU Health gastroenterologist Dr. Douglas Rex: Please RSVP for a colonoscopy.

It was 1987 and colonoscopy wasn’t a household word. It most certainly wasn’t the common procedure it is today. At that time, colon cancer screening, most often, meant testing the stool for blood.

The colonoscopy would be too dangerous and too invasive for screening asymptomatic people. The colonoscopy should be used only when things got bad -- in situations where people were already presenting symptoms of colon cancer.

But Dr. Rex didn’t agree. He knew in his gut, he knew from his research that the colonoscopy should be more than that.

He believed that the procedure should be a tool for screening – much like a woman receiving a mammography for breast health screening. 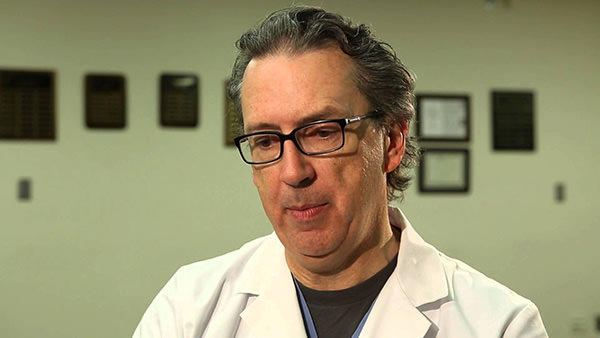 So, he sent all those letters out in 1987 with a mission to prove that. Nearly 750 people responded.

The results were staggering. Cancer was found in eight of those people. Precancerous polyps were found in many more.

“The huge thing was we showed that screening colonoscopy has a very substantial yield,” Dr. Rex says. “That you find lots of precancerous polyps and you find cancers. And it also showed we could do it safely. Nobody got hurt by the procedure.”

He is known worldwide for his work on quality in colonoscopy; he authored the recommendations. He was key in helping get legislation passed to get screening colonoscopies covered by Medicare in 2001, which led to private insurance companies covering the procedure.

Dr. Rex is, without a doubt, a huge name in the world of gastroenterology -- the superstar colonoscopy doc.

Influence Of A Small Town Doctor

A superstar doctor? That’s what Dr. Rex thought of the local family physician in his small northern Indiana town growing up.

Dr. Rex was born and raised in Ligonier. His dad was a carpenter and his mom was a schoolteacher. Dr. Rex, the youngest of four children, was a three-sport athlete at West Noble High School – football quarterback, basketball player and shortstop/second baseman on the baseball team.

But academics always came before athletics. Around the age of 15, Dr. Rex started thinking about his future. He loved science and he started noticing that local family doctor, Donald Hooker, M.D.

“He was very well respected and every year when they would give out the outstanding citizen award, he would always win,” Dr. Rex says. “And I thought, ‘Well, that seems like a good thing to do, to be a doctor.’”

Dr. Rex started following Dr. Hooker into surgeries at the local hospital. Dr. Hooker often assisted the surgeon when he was operating on his patients.

The first couple of surgeries, though, didn’t look good for Dr. Rex’ future career in medicine. He passed out both times.

One of them was an orthopedic procedure. Dr. Rex got lightheaded and went down. The second wasn’t entirely his fault. The anesthesiologist was giving a baby ether, by dripping the drug onto the gauze covering the baby’s face.

“And he said, ‘Come over and get a whiff of this,’ knowing that I would get in trouble,” Dr. Rex says. “And I did. I went over and took a whiff and, bam, I went down.”

That early, less-than-positive experience didn’t scare Dr. Rex off. In fact, it only inspired him more. Dr. Hooker became a big influence on his life.

When Dr. Rex graduated as valedictorian of his high school, he had his choices of colleges. Both Princeton and Harvard universities had accepted him. His brother, eight years older, a marine biologist who had just finished his graduate schooling at Harvard, insisted that Dr. Rex go there, too.

So, he did. And there, Dr. Rex buckled down into academia even more.

He headed back to Indianapolis to do just what he’d planned on doing as a 15-year-old boy “assisting” in surgeries -- go to medical school at IU.

Dr. Rex liked a lot of the specialties in medical school, but neurosurgery really caught his eye.

He probably would have gone down that path, had he not been planning for a family. His first wife was a fellow student, who he married his senior year of medical school. Both felt neurosurgery wouldn’t be a good fit for raising a family. Internal medicine would.

Dr. Rex decided on gastroenterology because he really liked doing procedures and there were a lot of procedures in the GI world. He also really liked Dr. Lehman, a mentor of his. 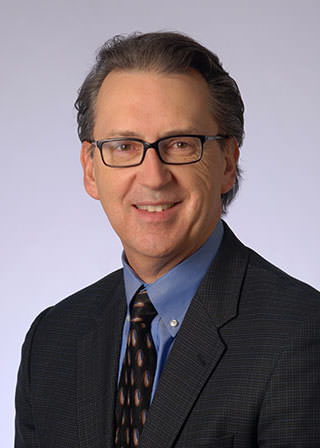 After becoming a full-time clinician in early 1986, Dr. Rex specialized even more.

“I was looking around for an area to investigate and specialize in,” he says. “And there wasn’t anybody here who was really working on colonoscopy so I decided to make that my area.”

One of the first things Dr. Rex did was mail out those thousands of letters for screening. And that was only the beginning.

Dr. Rex’ mark on the field of colonoscopy has been remarkable. He’s published more than 500 papers. He’s co-authored and authored guidelines for screening.

But, perhaps, his greatest contribution to the field has been his influence in the quality movement of colonoscopy.

One colonoscopy, Dr. Rex knew, wasn’t as good as the next. It was operator dependent.

“Who is performing it turns out to be a huge thing,” says Dr. Rex, who is married with three children and three step-children. And he proved that in a study he started in the mid-1990s that was published in “Gastroenterology” in 1997. That study has been cited thousands of times.

For the research, Dr. Rex invited more than 180 patients to Indianapolis for back-to-back colonoscopies. Doctors went in for the first colonoscopy and took out all the polyps and then they went back in again.

“So, the idea was if it’s really perfect, the second time you shouldn’t find anything else,” Dr. Rex says. “In reality, we found that there was a lot more in there.”

Of the precancerous polyps, 27 percent were missed. There were 6 percent of polyps over a centimeter in size that were missed. The study was controversial. People didn’t believe it. They thought it had to be operator error.

It quickly became clear, Dr. Rex says, as the study has been replicated time and time again with similar results.

And it has led to a wave of quality changes.

Dr. Rex was made the first chair of the Multi-Society Task Force on Colorectal Cancer when it was formed in 2000.

One of the first things the task force did was come up with a set of quality standards, recommendations on how to perform colonoscopy.

It also came up with the concept of the adenoma detection rate, a measurement that reflects how carefully a doctor performs colonoscopy. The rate is defined as the percentage of patients 50 and older undergoing colonoscopy who have one or more precancerous polyps detected.

“It’s been shown that if you get doctors to improve their adenoma detection rate, patients will have less chance of getting cancer before their next colonoscopy,” Dr. Rex says. “That’s been a really big deal. That’s probably been my biggest contribution to the whole thing.”

And what a contribution it is.

This routine screening checks for precancerous or cancerous cells in the large intestine (colon).

We provide expert care for patients with inherited colorectal syndromes such as HNPCC or Lynch Syndrome and familial adenomatous polyposis (FAP).

Most colon cancers start as polyps that grow out of tiny glands lining the large intestine. Many have colon polyps but most don’t turn into cancer.