44 Years In Methodist’s Kitchen: ‘I’m Just Not A Job Hopper’

It was a crisp fall day in September of 1973 when Alice Denson walked into Methodist Hospital. She walked into the kitchen, the old kitchen that used to be right across from the mailroom.

She was 24 years old and ready to make good money here -- $4.95 an hour. She had been hired as relief supervisor. That meant filling in anywhere that needed relief in the food services department --- bakery, production, sanitation.

Denson’s schedule was random. She came in at different times, depending on what supervisor she filled in for. And she certainly liked some jobs better than others. 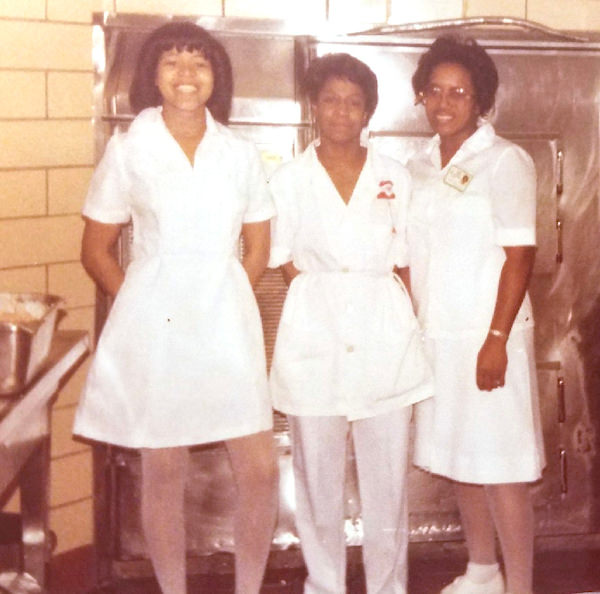 But, no matter what, Denson put her head down and she worked.

Denson did climb – all the way up to nutrition services production supervisor. Each day, she oversees the preparation of more than 600 trays of food delivered to patients’ rooms.

She takes pride in her work. And she has a pretty darn simple explanation for why she’s stayed for 44 years.

Alabama was home for Denson. She was born and raised there on a farm. Her father worked on a mill and her mother worked in the school system.

There were seven children – Alice fell in the middle – and they worked on the farm, tending to cotton, hogs, corn and cows.

Denson never had any big dreams of what she wanted to be when she grew up. But she did have a dream of what she didn’t want.

“All I knew was I wanted to leave the farm,” says Denson, who has two children, six grandchildren and two great-grandchildren. “I knew I needed to go to high school so that I could get out of here, because I didn’t like going out in the heat.”

An eighth grade teacher of Denson’s saw something in this quiet, hard-working girl. And that teacher made her an offer: Come live with her, so she could make sure Denson kept up with her studies, and that teacher would put Denson through college.

“My mom said, ‘No. If one of you gets a crumb, they’re all going to want a crumb,’” Denson says. “She said, ‘You might go to college and get the big head and act like you’re better than everyone else.’”

So, Denson stayed. But after graduating high school, she went to Rochester, New York. That was around 1969. Two of her brothers and two of her sisters were already there. One sister was working in a nursing home, so Denson got a job there, too. 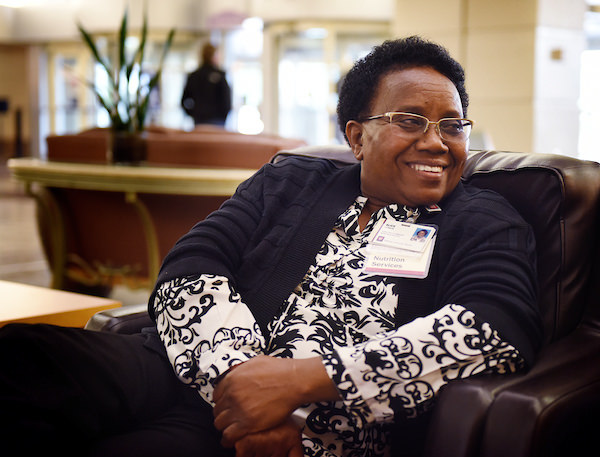 She landed a new job at a place called RF Communications, a company that made cables that went into ships and airplanes.

And at just 22 years old, Denson worked her way up to foreman at that job. Quite a feat for a young black woman. Unfortunately, what was happening in Denson’s life outside of work wasn’t so great.

After giving her abusive boyfriend, who she was supposed to marry, too many chances, Denson finally fled to Indianapolis to get away form him. She had a cousin here.

She put in applications all over the city and made a vow she would go to the first job that called. That call came from then-Wishard Hospital. Denson landed a job in the dish room.

“And you know I don’t like washing dishes, but I had to have a job,” she says.

Her managers at Wishard, too, started noticing her hard work. They promoted her to the diet office, where she worked with dietitians on nutrition and food plans.

Then came the call from Methodist. Denson had applied to be a unit secretary, but someone who pulled her application saw she had food experience.

Methodist was offering her $4.95 an hour to be relief supervisor. She’d been making just $1.75 at Wishard. Of course, she would take the job.

And that’s how Denson’s journey began at Methodist 44 years ago. 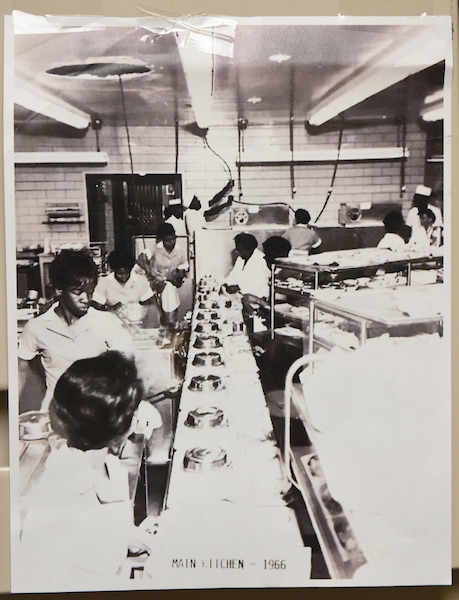 The kitchen sure looked different then. But the overall philosophy has remained the same. Work hard, have a passion for your job and always think of the patients.

The food? Sure it’s “hospital food” but people really like it. Among the favorites, according to Denson, are the pot roast, stroganoff, the roasted pork and the chicken dressing casserole. On the dessert side of things, they really like the cheesecake, chocolate cake and apple pie.

Denson knows just how important her department is.

“The food has to coincide with the diet and the medications in order for them to get better and go home,” she says.

Her role in making sure patients get better via nutrition and food is another reason she’s stayed more than four decades at Methodist.

Through the years, Denson has been recognized plenty of times for her work ethic. In 2010, she received IU Health’s President’s Values Leadership Award.

Denson -- who has a 40-year relationship with boyfriend Elroy Burke (who, by the way, has also been at his job for 44 years) -- doesn’t think her job longevity is such a big deal. But she does notice others do.

“When I put in my application for buying stuff (for credit) and I say how many years I’ve been here, they’ll say, ‘You’ve been at one place for that many years?’” Denson says. “They’ll say, “‘That’s impressive.’”