He woke up in the hotel room, in the middle of the night. The room was spinning. Beds and desks and night tables were whirling in front of him.

The dizziness was so intense that as Derrick Feldmann got up to walk, he crashed into the wall.

Something’s not right at all, Feldmann thought to himself that February night.

Something definitely wasn’t right. Feldmann, a young and successful businessman, was bleeding internally.

But he didn’t know it then.

He flew home alone, from Australia to Indianapolis, intensely sick. His wife, Bis, rushed him to the hospital.

“And my liver,” Feldmann, 38, says. “It had progressed a little bit further than what they had anticipated.”

Not a little bit further. Feldmann’s liver was failing. Within days, he was on a wait list for a liver transplant.

He needed that new organ to save his life.

To call Feldmann a high-achieving go-getter is about right -- and then some. He is a businessman with a work ethic and a mission to do good in the world. 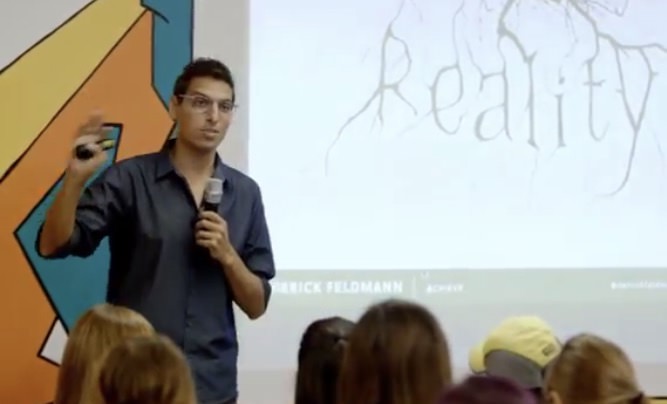 Feldmann is the president of Achieve, a research and marketing agency for causes. He is also the author of two books and is an international speaker. That’s why he was in Australia in February.

But his health journey started long before that dizzy night in a hotel room. It started 12 years before.

Feldmann was a healthy 26-year-old starting a company. As part of that process, he needed to get a health screening for insurance. He was sure he would whiz right through that screening, but he didn’t. He failed the liver portion. Surely, it was a fluke.

There might be something else going on. You should go get this checked out, he was told. Feldmann couldn’t believe it.

“Growing up, I was the healthiest guy ever,” says Feldmann, the father of two girls. “This was the first time in my life I ever had any health issue.”

The health issue, he soon found out, was primary sclerosing cholangitis. It was a chronic liver disease, an autoimmune disease. His bile ducts would close off and become inflamed.

“There is no cause,” Feldmann says. “It just happens.”

And for many people, it’s a disease they can live the rest of their lives with.

So, for the next 12 years after his diagnosis of PSC, Feldmann went on. He had stints put in his bile ducts. He had things cleaned out to make sure everything was flowing correctly.

But, as he soon found out, those were just stopgap measures. He wouldn’t be able to go on like this forever.

What happened that night in the hotel alarmed Feldmann. Although, deep down, he wasn’t all that surprised.

He was down to 150 pounds at 6-1. His skin was turning yellow. He headed to see a specialist at IU Health University Hospital. 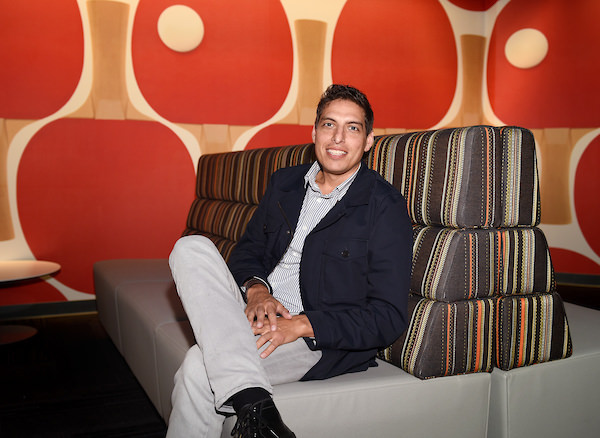 Marco Lacerda, M.D., who specializes in gastroenterology and hepatology, told Feldmann he should get listed for a transplant. The disease was progressing.

Feldmann went through the process to get listed. And then -- he prepared to wait.

It was a Friday around noon when the call came. Feldmann was at home making lunch, ready to go on a business trip to Chicago.

His phone rang, from an unknown number. He didn’t answer. Bis was playing tennis. She couldn’t answer. Then, Feldmann’s sister-in-law called him.

“I got the call for you,” she told him. “You need to pick up the phone. They are going to call you back.”

There was a liver for Feldmann. He says he wasn’t scared. He was ready; he needed to do this. The next day, July 1, Feldmann received a new liver at IU Health.

When he woke up in the hospital, he couldn’t believe it. Over time, he had started feeling poorly, but didn’t really notice. It was his new normal. He slept a lot.

“Dr. Lacerda and the transplant team at IU, they said, ‘You won’t realize how good you will actually feel after this,’” Feldmann says. “And then I remember the day that I woke up, I thought, ‘Wow, I feel great.’”

Nearly four months post transplant, it’s tough to believe Feldmann was ever sick. As he sits in his downtown Indianapolis office, he is the picture of health.

Sometimes, it’s hard for Feldmann himself to believe where he was just a few months ago.