More than once, Steve Schnabel has been stopped after a Pacers game with a request. Strangers mistake him for Larry Bird. Even after Schnabel tells them that he isn’t the basketball super star, fans of the former Boston Celtics NBA champion, still pursue Schnabel as if he were a member of the hall of fame.

And to many patients and staff at IU Health University Hospital, Schnabel, a “Shining Star” winner, is a standout in his field.

“He is fantastic with patients and he’s easy-going. He’s friendly and considerate, outgoing and funny,” said Tina Ehrensberger, who has worked with Schnabel for 10 years.

Schnabel never turned pro like Bird, but he did play high school sports and was a 170-pound offensive tackle on his high school football team in his hometown of Madison, Ind. Raised by his grandparents, Schnabel was 12 when his grandfather died and he helped care for his grandmother.

“She had liver cancer and so she was constantly getting a procedure of some sort. She hated x-rays and I sometimes carried her to the car for her treatments and even lifted her onto the table,” said Schnabel.

After high school he attended Vincennes University with a focus on physical education and eventually transferred to IUPUI where he was introduced to the field of radiology. He completed his degree and joined IU Health in 1992.

“I’ve always loved anatomy and function, but I also love working with the patients and helping make them as comfortable as possible,” said Schnabel, 53. For 17 years, Schnabel did bedside x-rays on what he calls the “sickest of the sick.” He still does bedside care but he is also in a rotation that includes outpatient care and OR.

“You have to take your time. You can’t just expect everything to fall into place and to get a clear image,” said Schnabel. He once had a patient request some jerky and another one ask for a soda. “I always check with the doctors but it I get the OK, I’ll do whatever it takes to make a patient comfortable.”

He also likes to make his fellow team members – doctors, nurses, other radiologists – smile. He’s known for passing out handfuls of gummy bears and cracking jokes to keep the work environment light.

“Even though you do the same task every day, it’s the people who make it different. Now that I’m on a rotation, I don’t even look at my schedule the day before because I like to be surprised and make every day matter,” said Schnabel, who is married to Michelle. They have two daughters ages 16 and 21. 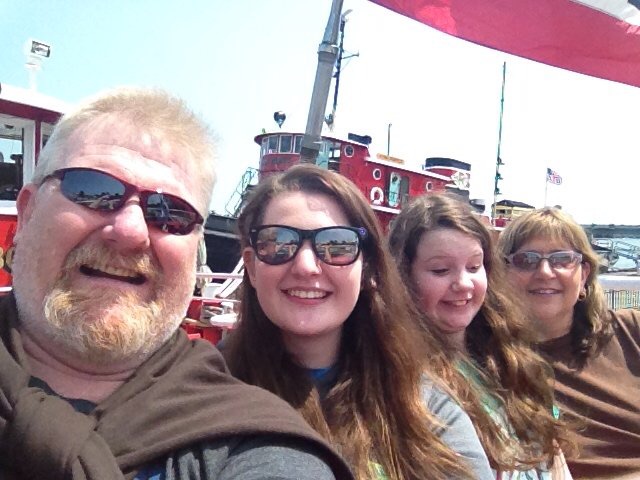 “I like to joke with the patients but I also know when they are hurting and are worried about their health. I tell them ‘we have some of the most amazing doctors and they are in the best hands.’”