She Traveled More Than 7,000 Miles For Breast Cancer Care

She knew something was wrong but when doctors back home checked Elizabeth Iglesias’ right breast, they initially thought she had an abscess. Eventually she had an MRI and heard the words she dreaded: “Breast Cancer.”

That was a year ago, and the disease was Stage 4. One of eight children, Iglecias was encouraged by her sister, Pat Caudell, who lives in Brownsburg, to come to Indiana. Last February Iglecias, 52, and her husband Frank, left their home in Saipan, a US commonwealth Island, in the Western Pacific Ocean and traveled some 7,000 miles to Indiana.

“It’s at least a 32-hour journey, with all the stops,” said Caudell, who visited her sister last year to convince her to move to Indiana for treatment. Two other siblings live in Virginia, one is in Hawaii and three remain in Saipan. Both of Iglesias’ parents are diseased. Their mom died of breast cancer at age 75. 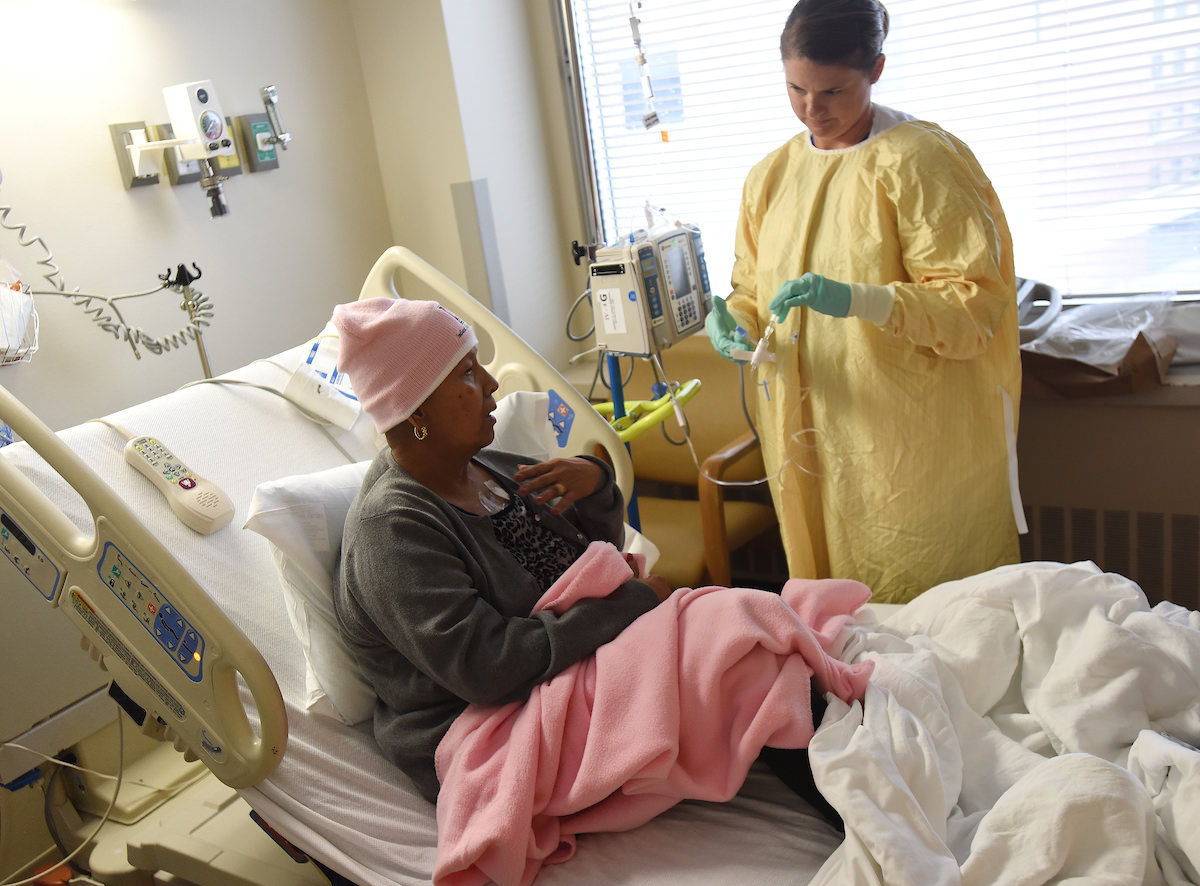 Last October Iglecias began chemotherapy at IU Health. It seemed to be working at first, but then it got worse, said Caudell. Under the care of Hematology/Oncology specialist Doctor Kathy Miller at IU Simon Cancer Center, Iglecias began a trial study drug.

“This trial is a very early test of a new therapy,” said Dr. Miller. “Elizabeth had a very aggressive disease. She initially responded to standard therapy but her disease returned very quickly. The likelihood of benefit from other standard therapies was quite small.”

Since Iglecias started the treatment Dr. Miller said there has been “more than a 75% reduction in the amount of disease at the first evaluation.”

Iglecias, the mother of seven children, now comes for treatment every 21 days, with lab work once a week, said Caudell. As she talks, Caudell rubs her sister’s back. The sisters are just a year apart and part of a close-knit family. 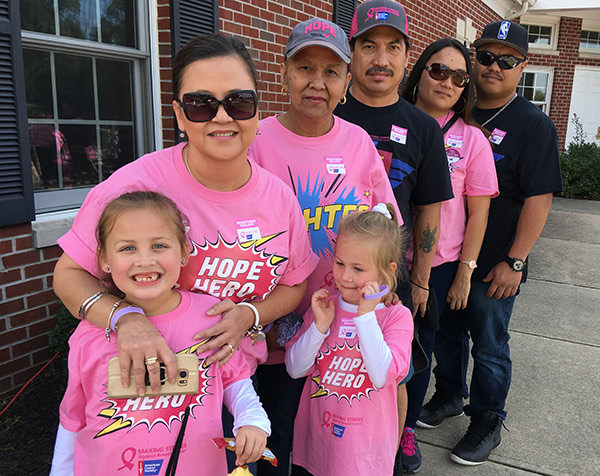 A grandmother to nine grandchildren, Iglecias misses her home, where she was surrounded by water and grew mangos and coconuts in her backyard. Speaking through her sister, in her native language of Chamorro, Iglecias said, “I am very happy with the care I receive here. Since day one, everyone I have encountered has been very loving and caring and I love my doctors (Dr. Kathy Miller and Dr. Richard Zellars).”

Although she has days where she is tired and suffers with back pain, Iglecias says she likes to focus on the good days. She looks forward to Thursday night Bingo, Sunday Mass and any chance she can get a hot pretzel at the mall.

“I just want to focus on getting better and living to enjoy my grandkids.”