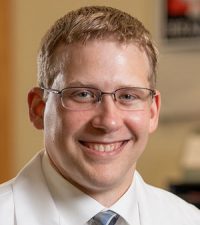 4.7 out of 5 stars (279 ratings)
Score is an average of all responses to care provider related questions on our nationally-recognized NRC Health Patient Experience Survey.
Learn About Survey

Connect on My IU Health