Recruiting and retaining the best clinical staff is a challenge for all healthcare systems.

But with philanthropic support, IU Health is devising innovative ways to hire and keep the best people, while ensuring that all team members have a clear path to success, no matter where they start.

Funded by an initial gift from Michelle Janney, PhD, RN, executive vice president and chief operating officer for IU Health, the IU Health Distinguished Nurse Excellence Program is designed to broaden professional development opportunities to amplify each nurse’s impact on the nursing profession. Philanthropy affords Distinguished Nurses the time to work with executive mentors and focus on professional growth and innovation, including conducting research and presenting their findings at conferences, then bringing back what they learn to their IU Health colleagues. They earn specialty certifications, volunteer, and mentor other nurses.

“I’m looking forward to learning insights from an executive mentor to help me set goals, keep me on track and motivated in my professional growth as a nurse,” said Amanda Olynger, BSN, RN, CCRN, critical care clinical advisor, IU Health Ball Memorial Hospital. “I believe this program will give me the opportunity to continue pursuing educational opportunities and bring back what I learn to Ball.”

Allowing nurses time away from bedside care elevates the entire nursing staff at IU Health—but is only possible with philanthropic support. By helping a Distinguished Nurse, you can help all IU Health nurses, and most importantly, the patients they serve. Give now. 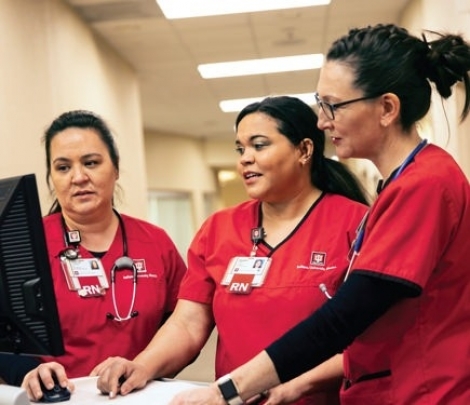 To counteract the nationwide shortage of surgeons in rural areas, IU Health Foundation and Tipton County Foundation collaborated with the IU School of Medicine to create a fellowship for surgery residents at IU Health Tipton Hospital. The fellowship was developed in response to increasing demand for surgeons in rural settings and a shortage of surgeons interested in working in rural hospitals. Fellows will complete one- to two-year surgical rotations at IU Health Tipton Hospital, gaining diverse clinical experiences, close oversight and mentoring, as well as advanced degree leadership work. Patients from the Tipton area will be able to access surgical procedures closer to home. Each foundation contributed $250,000. Philanthropic support is needed to install fellowships at other rural hospitals. Give now. 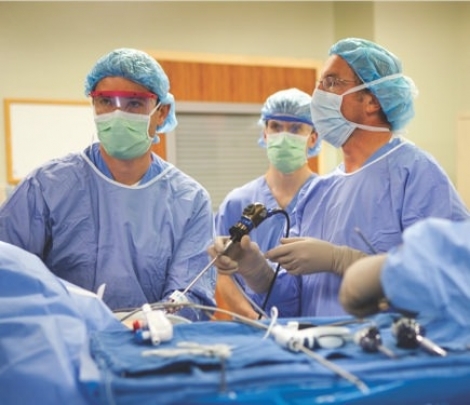 Inspired by the compassionate care that eased his wife Lynda’s seven-month battle with cancer at IU Health Simon Cancer Center and University Hospital, Chuck Merriman established the Lynda A. Merriman Award for Compassionate Care. In 2019, Merriman expanded the award statewide to honor an additional five team members throughout the state. The “Lynda” is a cash award, and its winners are nominated by their peers at IU Health hospitals. Donors have many ways to honor and memorialize the people most important to them. Explore giving options here. 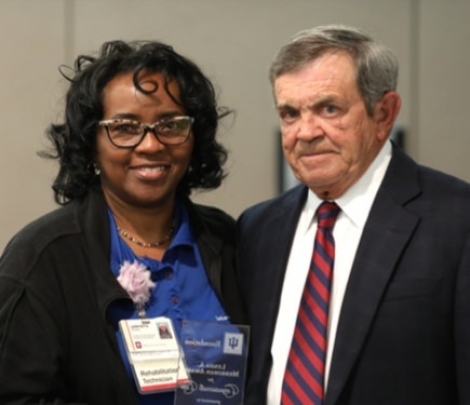 On some days, Javier Perez had so much trouble breathing that he wanted to stop breathing altogether. The New Carlisle, Ohio man even thought of ending his own life. Diagnosed with pulmonary fibrosis, Perez eventually had a lung transplant performed by David Roe, MD, medical director of Lung Transplant and ECMO at IU Health Methodist Hospital. But Roe shares credit for saving Perez’s life with a colleague who never wields a scalpel: Danielle Henderson, PhD.

Henderson was the inaugural IU Health Lung Transplant Psychology Fellow, a position funded by philanthropy. In that role, she helped patients through the anxiety and depression that often accompany a transplant. Perez, a father of three, said he never smoked and never was sick a day in his life. Finding himself with a life-threatening illness was overwhelming.

“Dr. Henderson kind of let me blow off steam, the anger that I had, the hopelessness. It helped me hang on,” said Perez, who owns and operates a diesel diagnostics firm.

Henderson’s position was funded for just a year, because such positions are viewed as “non-critical.” But Perez knows otherwise. To help patients like Perez by supporting fellowships, give now. 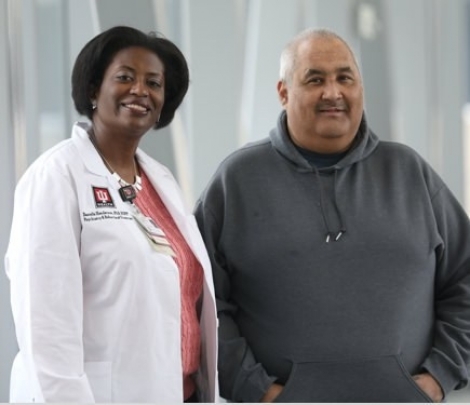